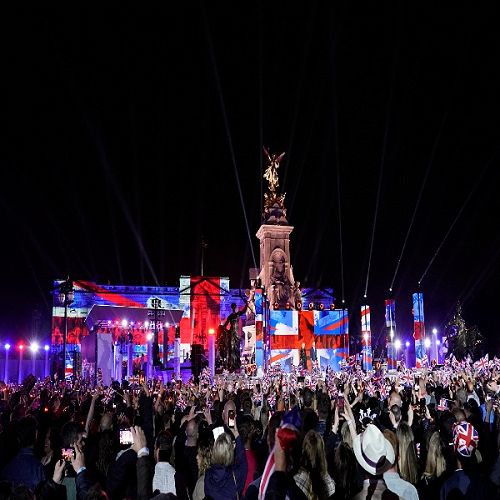 TV, broadcast and event lighting rental specialists, Version 2, was proud to supply the moving lights, control, cabling and power distribution infrastructure for the Queen’s Platinum Jubilee Party at the Palace, catering for the needs of all four stages and the audience areas, including the Royal Box, which had been built in front of Buckingham Palace.

One of the main highlights of the four days of Jubilee celebrations that marked the 70th anniversary of the Queen’s accession to the throne, the Party at the Palace, took place on the evening and night time of Saturday 4th June 2022. The stunning two-and-a-half hour event wowed the nation and a global audience of 13.4 million viewers, with a dazzling array of technology, and performances from the likes of Queen and Adam Lambert, Nile Rodgers and Duran Duran, Hans Zimmer and Celeste, Andrew Lloyd Webber and Lin Manuel Miranda, as well as Eurovision sensation, Sam Ryder, before culminating in a performance from Diana Ross.

Read the Show Report in full here in our newsletter:-