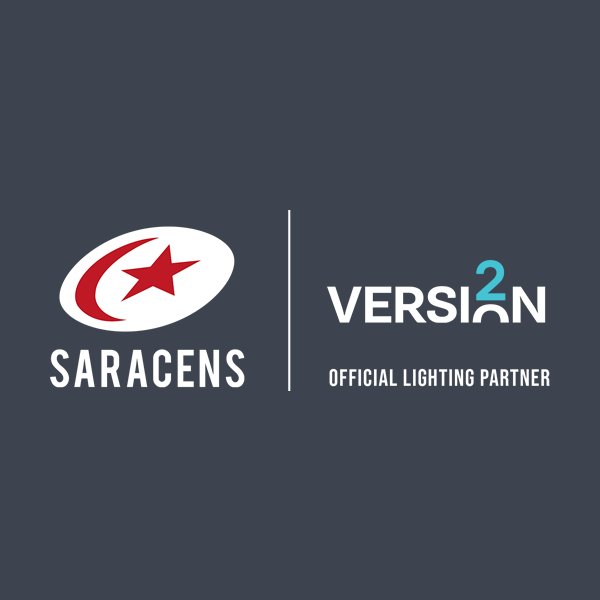 SARACENS IS DELIGHTED TO ANNOUNCE A NEW PARTNERSHIP WITH VERSION 2 AS OUR OFFICIAL LIGHTING PARTNER.

Version 2, who are a lighting rental specialist for the television, broadcast and event industries will be supporting all three teams in the Saracens Group; the Men, Women and Mavericks.

Their strap-line ‘Shining a light on Women’s Sport’ shows how in tune the two organisations are with the passion to develop the game.

Their logo will be prominently featured on the Mavericks’ dress as their Lead Partner, and also visible on the Women’s rugby kits as their Principle Partner.

Version 2, who are based in Reading have supplied lighting to the likes of The Jonathan Ross Show, I’m A Celebrity and Strictly Come Dancing, and this is their second format partnership in sport after becoming the Official Partner of BOXXER, Savannah Marshall and Sky Sports Boxing in October 2021.

Saracens CEO Lucy Wray is delighted to welcome Version 2 in to the club.

“We have got to know Nick and the team at Version 2 and it has been great to see how passionate and proactive they have been in their approach to getting behind our women’s teams. As an organisation, we are really energised and excited about both our women’s teams and how we can give them the best possible environment to be the best possible people and athletes that they can be.

This would not be possible without dedicated partners like Version 2 who not only contribute financially but get behind the teams with their time and passion.”

Nick Edwards, Managing Director at Version 2, commented on the partnership

“We’re immensely proud to align ourselves with one of Europe’s most successful rugby clubs.

Recent years have seen a paradigm shift in broadcasting, with increased programming being allocated to women’s sport. Lucy and the Board at Saracens have placed women’s sport at the forefront of their plans, we’re equally committed to support their teams to achieve success both on and off the pitch.

The future for Saracens is bright, and full of excitement with the redevelopment of the West Stand and their thriving academy which continues to develop future stars. We’re thrilled to be partnering them on their journey. 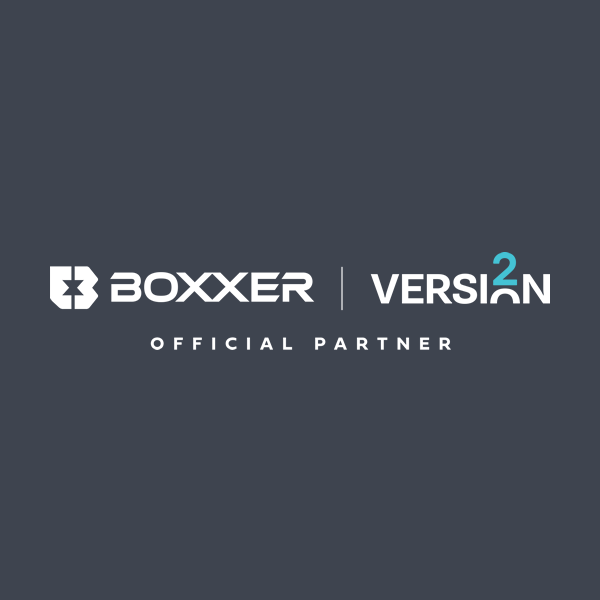 BOXXER is delighted to announce a new partnership with Version 2, which will become an Official Partner of BOXXER and Sky Sports Boxing.

Headquartered in Reading, Version 2 is a lighting rental specialist for the television, broadcast and event industries.

Working alongside some of the most prominent lighting designers, Version 2 services a broad range of productions, including I’m A Celebrity… Get Me Out Of Here, The Jonathan Ross Show and ITV’s forthcoming music show Walk The Line.

The partnership kicks off with this Saturday’s stacked Fight Night at the Utilita Arena in Newcastle, headlined by world middleweight champion Savannah Marshall and supported by superstars Chris Eubank Jr., Lewis Ritson and Hughie Fury.

Version 2 sponsors Marshall, who will be defending her WBO crown on Saturday, along with new BOXXER signings April Hunter, an undefeated local prospect, and Georgia O’Connor, a former elite amateur making her much-anticipated pro debut.

As part of the partnership, Version 2 branding will feature across all pre-event promotional activity during fight week, including at Thursday’s press conference hosted at St James’ Park – the iconic home of Newcastle United FC – and at the public weigh-in on Friday, which will take place at the bustling Metro Centre in Newcastle.

Version 2 will then feature throughout this Saturday’s Fight Night, airing LIVE and exclusively on Sky Sports in the UK and Ireland – with prominent branding across the ring and arena.

Commenting on the partnership, BOXXER’s founder and CEO Ben Shalom said: “We’re delighted to announce this new partnership with Version 2, ahead of a blockbuster card this Saturday in Newcastle. Version 2 are leaders in their space and given the strength of their existing relationship with Savannah, it is a partnership we were particularly pleased to secure.”

Nick Edwards, Managing Director at Version 2 said: “We’ve been impressed with Ben Shalom and his young team in particular their innovation, their ambition and their passion for the sport. BOXXER have already established strong brand values, we’re delighted to be part of their journey.” 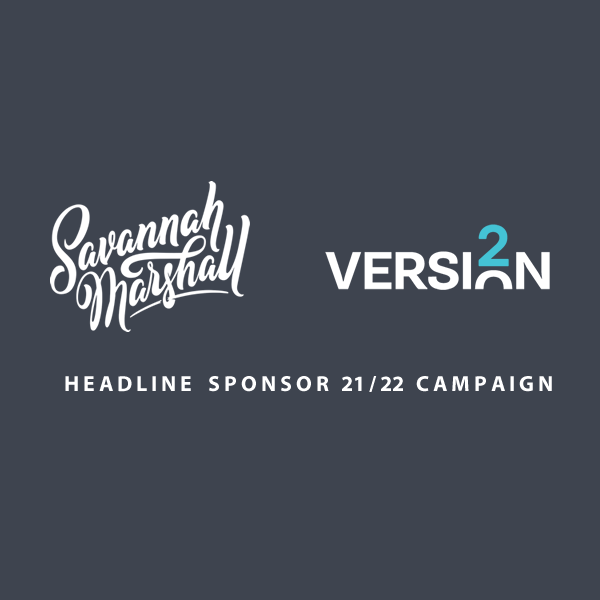 Summarising an awe-inspiring career thus far is a challenge! Savannah discovered boxing at 12 when she joined the local Hartlepool Headland club after seeing a boy showing off his trophy in the street, she decided there and then, she wanted one!

After a childhood of sparring with boys, an illustrious amateur career followed, including winning a World Title in China in 2012. Savannah then became a member of the Team GB Boxing squad, representing Great Britain at London 2012, and Rio 2016 Olympics. In 2014 she took Gold at the Commonwealth Games in Glasgow.

Savannah turned professional in 2017, signed by US legend Floyd Mayweather Jr. and subsequently made her pro debut in Nevada, USA. Returning to the UK later that year, she linked up with her long term trainer Peter Fury, and in 2019 she secured a promotional contract with industry leaders Matchroom.

At the end of what was an uncertain year in 2020, Savannah became WBO middleweight World Champion defeating Hannah Rankin at Wembley Arena to take home the coveted belt! Savannah defended her title in London on April 10th beating Maria Lindberg convincingly with a stoppage win.

On the 1st September 2021 it was announced Marshall had signed a new exclusive deal with Sky Sports and up and coming promoter Boxxer.