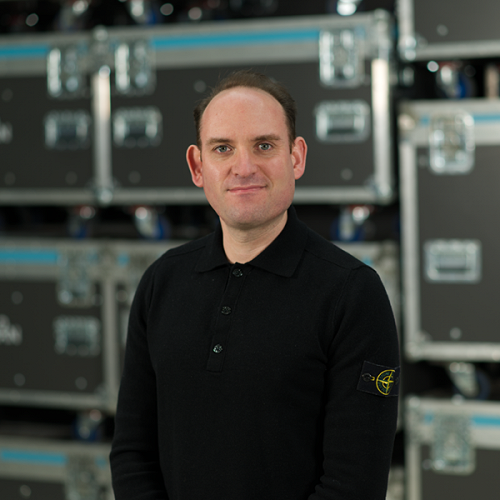 Healey has lighting in his blood, with father Mick Healey, retired Account Director at PRG UK, introducing him to the industry back in 1999. Starting in cables at Vari-Lite, Sam worked his way round the departments from lanterns and follow spots to moving lights and rigging and in the early days would take his holidays and weekends to go out on site.

When PRG acquired Vari-Lite, Healey became full time crew member as Events Co-ordinator touring extensively and has enjoyed working on countless rock and roll gigs over the years, notably the legendary Led Zeppelin 2007 gig at the O2 Arena, and more recently as Event Manager on TV productions and red-carpet events. All-time highlights include the BAFTAs, the BRITs, The Wall and especially The MTV European Music Awards.

He acknowledges his father and Rich Gorrod, Head of Event Services at PRG, among his mentors and looks forward to new challenges at Version 2, run by long-time colleague and friend Nick Edwards.

“I’m excited to be part of Version 2 which although relatively new is expanding fast.” says Healey, “The Company has a great reputation in the Business for it’s attention to detail and taking pride in what they do and I hope to have some influence in keeping it going on the up and up.” Healey’s strength is in maintaining good relationships with production and end clients and his focus at Version 2 will be seeing the job through from concept and design to the warehouse.

Healey will see the job right through from concept and design stage to the studio/location. “I’m predominately field-based ensuring the tech runs as it should on site but the prep at base is crucial from the plans to the patching – with everything addressed beforehand you can hit the ground running.”

As Lighting Gaffer at Version 2, Healey will be working from both their Reading HQ and at customer’s sites on a growing number of prime-time TV shows and live events.

Version 2 MD, Nick Edwards comments: “When the opportunity arose to bring Sam into our team we jumped at the chance. Sam will play a key part in shaping Version 2’s future, not only in establishing our on-site production team, his experience will also be drawn upon for all areas of our operations”.